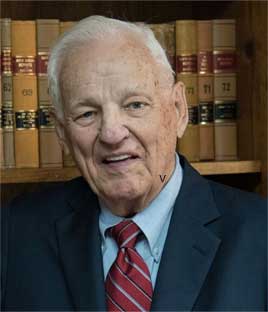 Location: Jonesville, North Carolina
Phone: 336-835-4000
Fax: 336-835-8961
Background:
Mr. Finger was born and raised in Lincolnton, North Carolina. After graduating from Lincolnton High School, Mr. Finger attended Appalachian State University. Mr. Finger went on to attend law school at the University of Tennessee School of Law for two years, ultimately earning his J.D. from the University of North Carolina at Chapel Hill School of Law. Prior to his retirement in 2017, Mr. Finger was admitted to practice in Federal Court and practiced in a wide array of legal areas. Throughout the course of his career, which spanned more than five decades, Mr. Finger served in a number of capacities throughout the community, including attorney for Yadkin Valley Bank (now First National Bank) and town attorney for Jonesville.